A History of Cricket

The venerable sport of cricket has a rich history stretching back centuries. Like most sports, it probably began life as a children’s game, before undergoing a long evolution to become the world-conquering professional sporting spectacle we recognise today. The road was long, and, as we’ll see, not entirely smooth.

It’s tricky to ascertain the exact origins of the sport. Its creation has been attributed to, variously, South Eastern England and the Netherlands. The first concrete recorded mention of cricket comes from court documents in 1598, where a court coroner, John Derrick, mentioned people who “Runne and play there at creckett” in testimony he gave. Likely the sport’s earliest incarnation was as a primitive “club ball” game: a sport where a ball is hit with an object by the players. Other sports to have evolved from this include golf and hockey.

Development of Amateur and Professional Cricket 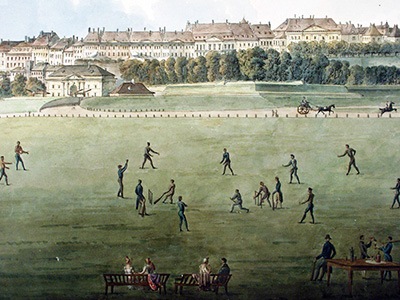 Initially, the game began as something far removed from the sport we know today. Bowlers threw underarm at a low wicket, and the implement used by the batsmen was more akin to a hockey stick. By the Seventeenth Century, mentions of cricket were becoming far more common. Somewhat ominously, the first recorded death from cricket can be traced to 1624, when a man by the name of Jasper Vinall, unfortunately, died during a cricket match in Sussex! Under the influence of Puritanism, cricket, along with other ball sports, was looked down upon as frivolous and profane, especially when coupled with gambling. However, in the wake of the Restoration, when the Throne returned to Great Britain, sport in England entered a boom period, most notably in horse racing, prize fighting and, indeed, cricket. Rich noblemen would organise sporting tournaments and engage players for money, in what became the earliest recognised forms of professional sport. A newspaper reported on a “great cricket match” played in Sussex in 1697, which some cricket historians have speculated could be an early reference to first-class cricket, or what we understand today as Test cricket. The line between amateur and professional cricket developed around this time: amateurs would usually consist of rich gentry, who would employ professional players to their team who were often working class or commoners.

Sir Donald George Bradman, also known as "The Don", was, without any question, acknowledged as the greatest batsman in the history of cricket. This Australian international cricketer went to the crease 80 times in Tests, and scored 29 centuries reinventing the game.

Jacques "Jack" Kallis is certainly the greatest all-rounder in recent times. This South African cricketer is the only man to have scored over 10000 runs and taken over 250 wickets in both forms of the game and is one of only four players in Test history to make a century in five consecutive matches.

William Gilbert Grace, universally known as "W. G.", was the greatest cricketer in Victorian England. He played first-class cricket for a record-equalling 44 seasons, excelled at all the essential skills of batting, bowling and fielding and achieved many notable performances on rough and unpredictable wickets.

The Evolution of the Game 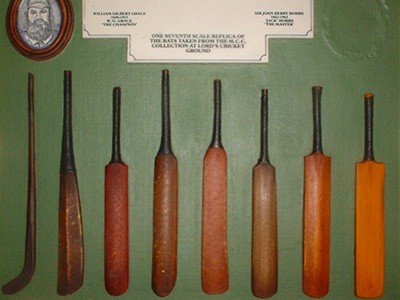 As time continued, the game of cricket soon evolved in both structure and play styles. Around 1760, bowlers started pitching the ball through the air, instead of rolling it at a low height towards the wicket. This would lead to players discarding the hockey stick iteration of the cricket bat, instead opting for a version with more surface area so as to better return the ball, looking much more recognizable in size and shape to the cricket bats used today. Later on, formal cricket clubs began to emerge, leading to the creation of more formal systems of cricket rules. The first of these was the Hambledon Club started in the 1760s, which became the home of English cricket for some time. This continued until 1787 when the Marylebone Cricket Club was established. The MCC, which would later go on to have its headquarters at the famous Lord’s cricket ground from 1814, is an iconic institution in the sport. In 1788, the club assumed responsibility for the Laws of Cricket. Although these would be subject to revision over the years, essentially they formalised the rules for playing the first class or Test cricket. In short succession, the MCC also introduced the leg before wicket rule and the three stump wicket as the standard for the game. In the next century, bowling underwent a radical revolution, as pitchers began favouring first roundarm and then overarm bowling, both of which caused some consternation amongst cricket traditionalists at the time. Cricket continued to blossom throughout the years and became firmly established as the nation’s favourite sport, far more so than football or rugby.